The Geminid meteors are considered as one of the brightest and best meteor showers of the year. It can be seen from both the Northern & Southern hemispheres, with the possibility of around 120 meteors per hour when at its peak.

These meteors are called by the name Geminids because it emanates from the bright constellation Gemini. Geminid meteors mostly active from Dec 4th to 17th every year, and this astronomical phenomenon will be at its peak tonight. It enters the earth’s atmosphere with a speed of 79,000 mph (127,000 kph) or 22 miles per second (35 kilometers per second) 40 times faster than a speeding bullet. Constellation Gemini will rise from the north-east around 7 pm.

Geminid meteors will be best seen at around 2 am in the morning between 13th and 14th Dec. This ‘Celestial Fireworks’ radiant point is near the bright star Castor in the Gemini Constellation which you can see in the above image. If you don’t want to stay up late, you may see some in the evening from 7 pm if you are lucky enough. With no interference from the moon in the sky tonight there will be enough darkness to see these Geminide meteors clearly. As in the last year in 2019 because of the full moon, there were fewer visible meteors.

Geminid Meteors can be seen anywhere in the sky but the origin will be on the east to northeast side as it starts from the Gemini Constellation. If you trace each meteor’s direction of flight backward far enough across the sky, you’ll find that this imaginary line crosses a spot in the constellation Gemini near the stars Castor and Pollux.

You can see in the image above which was taken in 2014 where more than 100 meteors are recorded in this composite image taken during the peak of the Geminid meteor shower.

It is best seen by the naked eye as binoculars/ telescope decreases the viewing point and these meteors appear for few seconds only. So before you want to see these meteors, look in the northeast direction and make sure your eyes adapt to the darkness. Look for the highest point like the terrace of your building or hilltop if you are in the village from where you can clearly see the sky without the interference of the street lights.

Mumbaikars may not be lucky enough to watch it as there was light drizzle in the morning and there might be a cloudy night tonight. Other parts of India can clearly see these Celestial Fireworks from the Geminid meteors, which comes once a year. So don’t forget to look up in the sky tonight and enjoy this natural phenomenon. 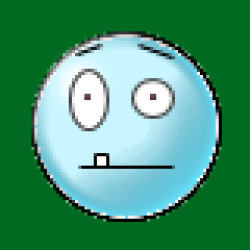