IAMON Media Services Pvt. Ltd. a Mumbai-based company with various apps has made fool out of common people with some ROI business plan just like we have seen in Osmose Technology Scam.

What this company was doing is nothing but MLM business they just had named it ROI i.e Return on Investment. A lot of people who were felt like missing out on a big chunk in the Osmose Technology Business plan rushed into this plan of IAMON.

As per some of the YouTube channels we have seen, they had some 2 to 5 lakh users. With having a subscription amount of 1500 Rs for 4 months just like in Osmose Technology scam (120 days). You can see the level plan of their business plan in the below image, and for all other details, you can see it in the G-Drive Pdf link_1, link_2. You can also see the legal documents in the pdf link we have provided. These people just use legal means to lure people into MLM-based scams.

This scam can be around 30 to 75 crore Indian rupees. As they have collected money by illegal means in the name of apps Made in India/Make in India. You can see in the video we have made, the details of how users used to add money and withdraw from their apps in the below YouTube video and other payout details. Not many proofs are available related to this scam as we had found in Osmose Technology Scam.

This company has four apps available at present in the Google play store, you can see the details of every app in the below YouTube video. You can see many people have mentioned in the comment sections in the play store that this company had looted their money. They are not giving any payouts anymore, as usual, that’s how every Pyramid scheme comes to an end.

Probably this company has also run out of money circulation so they are not able to give payouts to the users anymore. And then they will suddenly change the whole plan and try to show it as some genuine company. As in the case of Osmose scam also we have seen they are covering up the whole scam.

If you see the logo and names of the apps this company provides, it’s nothing but a copy of TikTok and WhatsApp apps, even the social media app seems a copy of Facebook.

There is something interesting we have found about their website. This domain iamon.in was purchased on 2018-12-08, if you can notice clearly that it was updated on July 19th, 2020, that is the same month when they first appeared in ABP News for creating Made in India apps especially when the whole Ban Chinese apps were trending.

You can see in the above YouTube video made on their website web archive details, this website was actually owned by two different people before he (Dilip Mishra) bought this domain. Now, the question that comes to mind is why did he buy some old domain used by someone else? And how did he just come up with apps when it seems to be ban Chinese apps were trending and people needed some Made in India apps?

We can’t question the role of any news media like ABP News, DD News, or some other local news channels which promoted his apps, as they didn’t knew that this person was actually using them for some other reason.

In all the videos we have seen of him in the news media he never for once mentioned the so-called ROI plan of his company, Why is that? And he also used some other influential people like Mr. Shreeprakash Shukla, Mr. R.P.SINGH, and many others including the ACP of Mumbai Police, you can see the images in this google drive link here. This company also has an e-commerce website by the name iamonbazaar.com which seems to be only 19 days old domain and have no social media links, if you click on it it will redirect to the home page of the website, just like we have seen in Osmose Technology Scam, A dummy Template website.

As we mentioned before, they had the domain from the year 2018 and the company just comes from nowhere and begins to show as an alternative to other social media apps and behind everyone’s back they do a so-called ROI business, How is this possible? Don’t you see suspicious activity here!! As per MCA, they had registered this company on 14th August 2020 and the address is 4th Floor, Flat no- 402, Shubham Palace Co-Op Hsg Soc, Kalyan, Thane, Maharashtra. Other than Dileep Mishra, Raj Mishra is also the director of this company since 11th January 2021.

You can see this company is also registered as an It-Company just like Osmose Technology did and actually does Multi-level-Marketing in its business a so-called ROI plan with multi-level profit for referring.

The above image is the screenshot of Dileep Mishra’s Linked In profile, as per his profile he is also the founder of Incode Research % Creations Pvt. Ltd and Iamon is the brand of this company.

You can see he is indeed the Director in this company called Incode research and Creations Pvt Ltd since 11th October 2017 with 2 more directors. We don’t know what this company does in its business activity.

With the overall activity of this company in the name of social media apps, they are nothing but doing MLM business and wholly dependent upon the new users they get, and maybe that’s the sole reason this company is not giving any payouts to any of their users. And this company has used not just the user’s money and time, instead, they have also used News media channels to gain the trust of the people.

The simple questions we want to ask is just like we asked in the Osmose Technology scam is that why on this earth these people fool common people in the name of apps, especially since the pandemic a lot of people used everyone in the name of some business plan and introduce some MLM model in it. If they really wanted to do their social media apps, a simple example can be taken about the Koo app which is being hailed by many people, and even compared with Twitter did they have any such kind of business plan and MLM? Of course not, because they are really concerned about the product and not the money.

That’s how any app development company should and must work whether it’s gaming or any other kind of apps, towards the better user experience they can provide. And these all companies which have especially emerged after the Lockdown are nothing but using people in the name of Made in India and doing some scam MLM business. We request everyone please not to fall for such easy money-making schemes. They are solely dependent on new recruitments once they get out of steam they will just keep on changing their plan until they make enough money and eventually run away by scamming you.

We have a simple line especially for all those people who fall for such scams -“Log paise k naad me (get rich quick schemes) Andhe ho k jaate hai, aur Nange ho k ate (loose time and money) hai, Fir bolne me sharmate (feel ashamed to even make a formal complaint against the company or even tell anybody about the scheme they were got scammed) hai”. Don’t feel bad for this line, it’s the reality in our country people fall for greed, for shortcut earnings, for quick earnings- this is not the way and we need to change this attitude now and forever.

Thank you for reading, and don’t forget to share as we need to expose these kinds of scams. Enough is enough, till when are we going to tolerate such kinds of scams in India? We need to change this come forward and talk about it, go, and file an FIR against such companies. And we will try to provide as many proofs from this website through our blogs.

A thinker, observer. My mind is an ocean full of thoughts that wants to come out in the form of words. I can write about anything that flows through my mind for the betterment of society.

I am still young & wasting my youth. 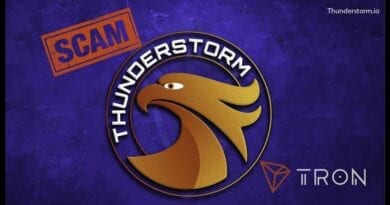 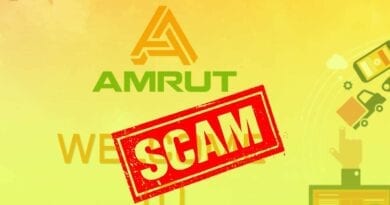 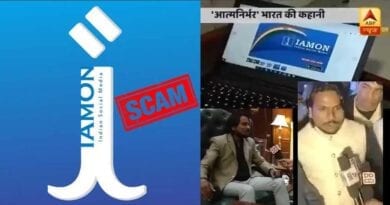 Iamonmedia Scam was promoted through News!!

Viewsnews Informative Blogs is a participant in the Amazon Services LLC Associates Program, an affiliate advertising program designed to provide a means for sites to earn advertising fees by advertising and linking to Amazon.in We may earn a small amount of commission for endorsements, recommendations, and/or links to any products or services from this website.