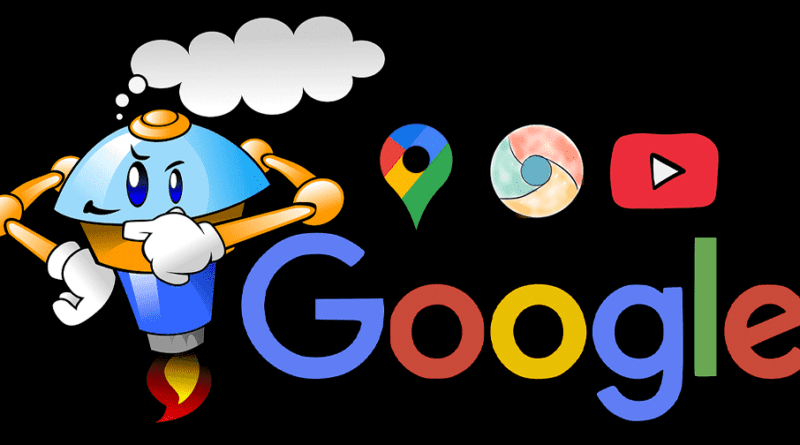 Google, is the one place solution for all of your question’s answers. Want a recipe? do google, Trip planning? do google, spelling check? do google, how to pronounce? do google, product’s price & review? just google it, health problem? google it and blah, blah, blah…

From all of our typical curiosity questions to find answers for homework or test we ask everything to google. We ask even private questions to google that we can’t ask anyone and we don’t want to let anyone know.

Google has become a part of our life, we are very dependent on google and we have to accept the fact that we can’t even live without it.

Let’s dive into the past of Google

In 1998, Stanford University Ph.D. students Larry Page, Sergey Brin, and Scott Hassan were work on a research project. Scott Hassan wrote many codes for google and left the company before even founded.

They built a search engine algorithm called Pagerank that analyzed the relationship among websites. it ranks the website by checking how many other websites added a link directed to that website.

Sergey Brin and Larry Page nicknamed the search engine BackRub. Further, they changed it to Google which is originated from a misspelling of the word “googol” and googol defined as the large number 10¹⁰⁰.

So What would have been if GOOGLE was never made?

If google were never being created, more people would have been using search engines like Yahoo, Bing, Yandex, DuckDuckGo, etc. we would still have plenty of options for search engines. But in terms of user-friendliness and features like google, we never get such an experience.

Google has 135,301 employees as the year 2020, which means 135,301 jobs would have never created. Google generates most of its revenue from advertising and has created a huge number of online earning opportunities for people around the globe. Google provides a way for bloggers to earn money online through its feature called google AdSense. Most people make Google AdSense as their primary source of income and they fully depended on it, even they made a million dollars from it.

If google were never been made, the opportunities that are mentioned above might never or less exist today.

When we search for something on Google, we get search results as highlighted below format, such as News, Maps, Images, Videos. All of these are Google services apps which are all work together for Google search engines. We use it separately also.

Apart from the search engine service, Android is the biggest reason for Google’s success over its competitors. It was first launched in the year 2008 and currently, worldwide there are 2 billion android users out of 3.5 billion smartphone users. Android’s success was the real reason for the overall boost in n-numbers of Google’s services. Can you imagine a life without android mobiles? Certainly, there may have been some other mobile operating systems like iOS, Blackberry OS, Windows Phone OS, Tizen, etc. and you might already know some of them have already stopped their os services.

Google Maps, one of Google’s products that makes our life super easy. I can’t even imagine my life without google maps, from navigating roads on a trip to finding small but needy things nearby us we use google maps. It shows us directions with a voice assistant, estimated time to reach according to a car, bike, bus, walk It shows traffics, satellite views, street views (3D view), even our vehicle’s speed.

We rarely ask for directions from strangers. It makes us confidant about the places that we are going to visit for the first time. Google’s facts checking system about places, locations are excellent.

Anyone can be Google local guide google provides them free perks and sometimes send them Google’s merchandise, it is like helping each other.

Google Maps has acquired 70% market share and sitting at 50% of smartphones, there are also many alternatives to google maps. But no other app provides the features and perfections that google maps is providing to us.

YouTube, an online video-sharing platform that is now becoming our entertainment and educational partner in our day-to-day life. Videos help us to understand more about the things and details that we are looking for and YouTube provides it with smoothness.

We can adjust video quality according to our device and internet speed, video recommendations system is one of the great features of YouTube. This is the reason we are spending hours and hours on YouTube.

Is there any topic that you can’t get on YouTube? We can find infinite topics and any kind of videos on YouTube. Unboxing videos, health, education, repairing all kinds of tutorial videos, Music and film videos, traveling and cooking videos, some kind of weird videos, funny and Et cetera, Et cetera.

There are so many YouTubers out there and YouTube makes them millionaire by its advertising revenue model. YouTube captured about 90 percent of the market share and 2 billion people are using YouTube and it is the second-largest search engine after its parent Google.

There are so many other services and products Google provides us which you can read on these links link1_services and link_2products.

Well, people nowadays fully dependent on google which is not good. We don’t read much. We don’t do brainstorming, we just google it and get an answer within a few clicks. Google gives useful knowledge, not liberal knowledge. Because of this, people losing their critical thinking capabilities.

Our communication and involvement in society are getting less because we don’t need anyone’s help for our queries and path, we are becoming independent and less dependent on anyone for queries. It keeps us busy with our own thinking and our own world. It turns out to loneliness and further, it indirectly affects our mental health.

During corona pandemics, most of the countries declared a lockdown, and people isolated in their houses for a few months. That time people searched too much on Google about Corona disease and because of this people also comes under the falls news. People forget to check real facts and always think about that topic only and get scared. People don’t have any works to do, they spend much on Google and social media. It all turns out to depression, loneliness and anxiety.

Everyone’s on-screen time is getting increased, its effect on everyone’s eye vision. This results in many people wearing specs, lens and these numbers are increasing every day.

Google uses our data for marketing. We are continuously getting targeted by the company’s marketing campaign which runs on Google and its services. It is a major part of their revenue model. We gave permission to Google to use our data and we can’t even deny it.

We took Google for granted that its services will always remain free, but it’s not. Google slowly turning out to making them paid services. And nowadays we are using google without paying any charges that don’t mean it’s free. As we know that most of the services offered by Google are free, which is one of the reasons being the android’s dominance in the mobile operating system, so as there are so many users Google has gained which inturn backfired them with the servers being down in several times in past years. The recent server down incident was on 14th December 2020.

Which has led many paid users to rethink the Google service’s credibility.

Like there are two sides to the coin, so as Google services do have changed our lives over a period of time with its number of great services for a large number of people around the world but it has its own positive and negative side too. It all depends on us which side we should turn out. It totally depends on us how much we should depend on Google and for what purposes we should use it. Data privacy is one of the biggest threats in the world right now, and how this tech giant is going to react in the coming years will determine its FUTURE. As there will always be some other tough competitors in near future.

Thank you for reading, and let us know in the comment section below what you think about GOOGLE’s monopoly in its services. Whether it’s good or bad. Don’t forget to share.

I am a travel & technology enthusiast person who always tries to give more information as much as possible so that people don’t need to go anywhere else about a particular topic.

WhatsApp Disappearing Messages Are Here: How to use it?

Cracking the Cryogenics: The next big thing!!

Maharashtra Is The Next Big Market For Data Centers

In the search of Higgs boson – The God particle