After the Reserve Bank of India’s recommendation, Central Government put Laxmi Vilas Bank under Moratorium, under section 45 of the Banking Regulation Act, 1949.

Due to Bank’s declining financial health, the Government has put 30 days moratorium on Laxmi Vilas Bank. The RBI also restricted withdrawals by depositors at 25,000 from saving, current accounts, and bank can’t spend expenditure on any item at 50,000 per month. The bank was under RBI’s close watch for a while now.

Laxmi Vilas Bank has a network of 563 branches and total deposits of 20,973 crore Rupees. Bank has undergone a steady decline with incurring continuous losses over the last three years, eroding its net worth. In absence of a viable strategic plan, declining advances, and mounting Non-Performing Assets (NPA’s) the losses were expected to continue. The management of the bank has been in continuous touch with the RBI to find a way to augment the capital funds to comply with the capital adequacy norms. The bank management had indicated to the Central Bank that it was in talks with certain investors. However, it failed to submit any concrete proposal to the RBI and the bank’s efforts to enhance its capital.

After taking into consideration these developments, the RBI has come to the conclusion that in the absence of a credible revival plan, with a view to protecting depositors interest and in the interest of financial and banking stability, There is no alternative but to apply to the Central Government for imposing a moratorium under Section 45 of the Banking Regulation Act, 1949.

Now RBI has come up with a draft in which DBS Bank India Limited which was formed in 1994 in India which is a subsidiary of DBS Bank Singapore will be merged with Laxmi Vilas Bank. It will be for the first time that any Domestic Bank is being merged with any foreign bank for its survival. DBS Bank will bring up an additional capital of 2,500 crores upfront, to support the liquidity and credit growth of the merged entity.

According to the Draft Scheme proposed by the RBI, “On and from the appointed date, the entire amount of the paid-up share capital and reserves and surplus, including the balances in share/securities premium account of the transferor bank, shall stand written off. The transferor bank shall cease to exist by operation of the scheme, and its share or debentures listed in any stock exchange shall stand delisted. Meanwhile, Shares of Laxmi Vilas Bank have slipped to 12.40 INR on the BSE.

Another point to note is that LIC holds a (1.6%) stakes in the Bank and Aditya Birla Sun LIife Insurance (1.8%), Pramerica Life Insurance (2.7%), Srei Infrastructure (3.3%), and also Indiabulls Housing Finance has (4.9%) Shares in Laxmi Vilas Bank. It will be another burden for all these financial institutions in the time of this pandemic.

DBS Bank India Ltd which was a subsidiary of its Singapore Unit was started its Digital Banking Service by the name of Digibank By DBS in India in 2016 with only accessible from selected metro cities. It is now a second foreign wholly-owned subsidiary Bank in India after SBM Group of Mauritius.

DBS Bank being one of the largest banks in Asia has remained in the top position for Best Digital Banking Service. Bank was eying for its physical presence in more than 100 new branches from previous year this merger paves its ambitions of spreading its branches to all over India. As Laxmi Vilas Bank has nearly 563 branches and most of the branches being in Southern India specifically in Tamil Nadu, where Singapore’s ethnic Indian Minority has an ancestral connection will help into deeper connections for its rural branches as well.

It has to be seen now when this merger will be successful, as the real burden is for the Common Man who has accounts in this bank and to specially all those Financial Institutions. This the third Bank being drowned into the financial burden after YES Bank & PNB Bank. What do you think about this? Is RBI or Government is failing to regulate our Banks properly? or Banks also need to be more responsible about their NPAs?

If this article was helpful or you have any other suggestions then don’t forget to comment below.

Covid-19: Online Education – Is It Really Going On Well? Did Upstox had a Partnership with Osmose Technology? 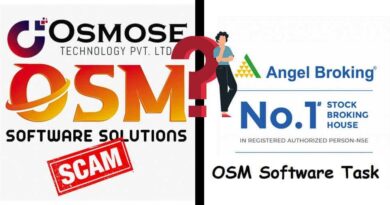 Did Angel Broking had a Partnership with Osmose Technology?

WhatsApp Messages on Italy, Coronavirus, 5G is a False News 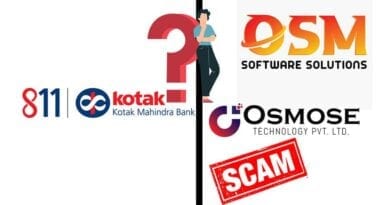 Is Kotak Mahindra Bank part of an MLM Scam?