Prediction based on numbers of a person’s behavior, health, etc is Numerology. In Sanskrit, it is called ‘Sankhya Shastra’, which is being practiced since the Vedic period.

In simple terms, numerology is the study of numbers in your life. You can know about your health, wealth, personality, etc through numerological analysis. It is the study of the numerical value of the letters in words, names. It is often associated with Astrology. Sankhya Shastra i.e numerology was used since ancient times, but nowadays it has become trending due to digital media, therefore, you may have often heard this word Numerology from various sources.

Same as alphabets A to Z in total 26 alphabets are also determined with every single-digit number which then belongs to respective planets as shown in the below table.

If planets belonging to the Birth number, Name number, and Destiny number are friendly with each other then a person’s future is said to be bright. We can’t change a person’s date of birth therefore with respect to the birth day if we give a proper name that can have a friendly planet then it will give good results/phala.

For instance we can see that in the above examples of birth number and destiny number,

Numbers 1 and 2 belong to Sun and Moon respectively and both the planets are friendly with each other. On the negative side, if someone’s birth number is 5 and name number is 8 then it is not a good combination.

Some of the Bollywood celebrities who had changed their names as per numerology are as follows; Sunil Shetty to Suniel Shetty, Ayushman Khurana to Ayushmann Khurrana, Tushar Kapoor to Tusshar Kapoor, Ajay Devgan to Ajay Devgn, Rajkumar Yadav to Rajkummar Rao, Karishma Kapoor to Karisma Kapoor, Rani Mukherji to Rani Mukerji.

(Also read: What is Mangal/Kuja dosha)

In the next blog on Numerology, we will see the Numerological value each number holds and the characteristics of each number in a person’s life. If you like this post don’t forget to share. For any queries related to Astrology, Numerology, and Vastu contact me at [email protected] 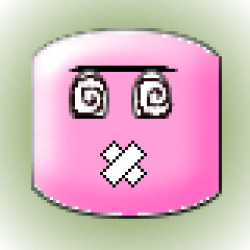 Latest posts by Sheena Poojary (see all)
Spread the words:

What is Vedic Astrology?

Characteristics of number 4 to 6 in Numerology